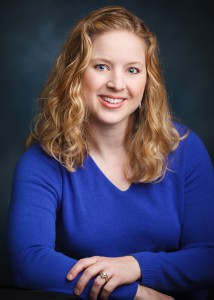 In 2013, West Towns brought Carrie Marcotte on as our director. We are happy to say that she has led us to the Illinois District Barbershop Chorus Championship twice (2014 and 2017) , the “Most Improved Chorus” award (2016), the “Most Entertaining Chorus” award (2015), and a return to the international contest stage after 10 years. She also brings lots of talent, energy, and fun to our rehearsals.

Carrie holds a Bachelor of Music degree in piano performance from Western Michigan University and a Master’s degree in Music and Liturgy , with a voice emphasis, from Saint Joseph’s College in Rensselaer, IN. Carrie is the Director of Music and Liturgical Ministries at St. Scholastica Parish in Woodridge, IL.

In addition to directing barbershop, Carrie recently took up singing barbershop in the Sweet Adelines International (SAI) quartet, “Cantina Vocal Project.” They took 5th place in the Region 25 contest in March of 2017 and will be competing in Region 2 in April of 2018. Carrie also performs as a soloist having recently appeared as a guest vocalist with the Wheaton Municipal Band.

Carrie’s husband, Dan, is a busy musician as well and they are the proud parents of Jacob (14) and Lucas (10). Carrie Marcotte is honored to be a member of the West Towns Chorus family and looks forward to many more great things to come.